Video - Learn how to solder 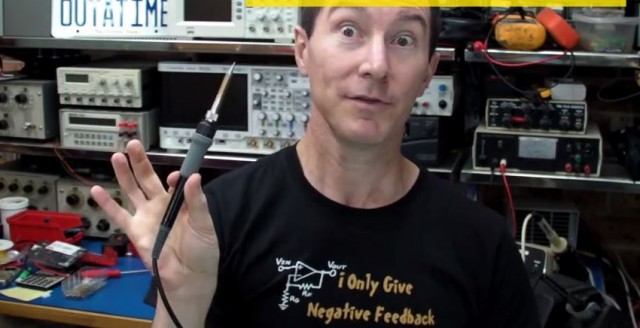 One of the hardest simple things about electronics is soldering. I had a EE professor once say that soldering was "impossibly easy" which, only those who have tried to figure it out on their own, have come to understand the meaning of this description. I have been trying (and mostly failing) to solder for years before I was sent the links below but, by the end of the first video, I could solder tenfold better than my best previous attempts. After the the second video, I was ready to take on the world.

These videos come from Dave Jones' EEVBlog on YouTube.

I hope these are as helpful to you as they were to me.

I'm a geek! I love learning about and working with all kinds of technologies. I am also a family man. I love spending time with family and friends. There is nothing better than letting the kids run around while chatting on the back porch! I've been a member of MTRAS off and on since 2007. I took a long break after my youngest son was born in 2008. Now that he's old enough to tag along, we are back and buildin'!

By accepting you will be accessing a service provided by a third-party external to https://mtras.com/